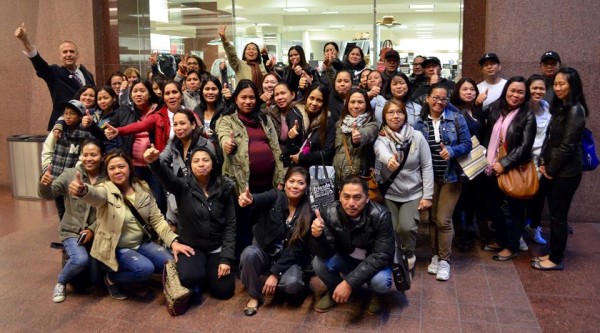 The First Unite Here local 75 Committee Convention was a success!  The convention was held last May 30, 2015@ Double Three by Hilton Downtown Toronto.
The convention attended by hotel workers from various hotels discussed and agreed on action points like

The local 75 agreed to work incessantly and keeping the lead on winning for the contracts.

New ownership are existing in some hotels this time but the leaders and committees of every hotel are determined and committed to fight and WIN. The Local 75 will move forward to DEFEND, MAINTAIN , LIFT and BUILD Local 75 Standard.
Win Contract update:
Park Hyatt Toronto
Sandman Signature Hotel (Mississauga)
(Contributor: Josh Cuasay)