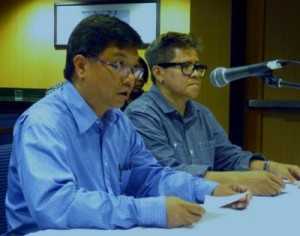 Weaknesses in the employment Standards Act and Labour Law came under criticism this week by Filipino-Canadian workers at the Changing Workplaces Review. Represented by Ben Corpuz and Josh Cuasay, a delegation of the Filipino Workers Network gave a deputation to the advisors of the review panel held in Mississauga. Corpuz, who cochairs the Filipino Workers Network in Toronto, drew attention to the high labour participation rate amongst Filipino-Canadians – 75%. Yet more than half of those workers are employed in precarious or vulnerable jobs, in which the worker is at the whim of the employer
and lacks the rights under the Employment Standards Act that would normally cover Ontario workers. Read more